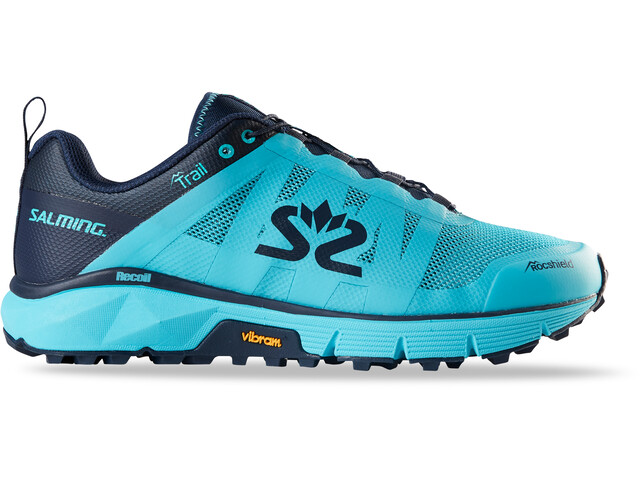 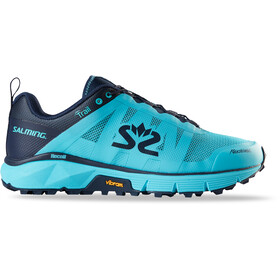 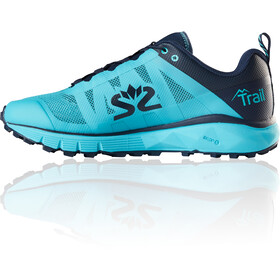 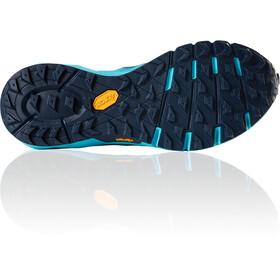 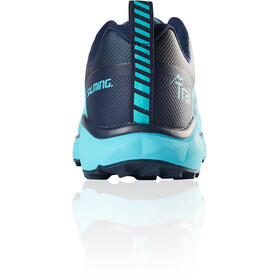 Based on the award winning Salming performance trail shoe - Trail5 - that incorporates Swedish and Italian design and technology at its best, received accolades such as The ISPO Award in the category of Performance Trail Running Footwear in Munich during its maiden season.The spring summer edition has a completely new upper design, hence the new number - Trail6. The upper has been redesigned with a lightweight two layer construction that is both lighter and more breathable than its predecessor. It features a quick lace construction and a plush neoprene gusseted tongue construction providing a snug fit.The outsole which is developed to provide maximum grip and comfort on all surfaces such as technical trail, off trail and wet rocks, stays Vibrams Megagrip. So does the responsive midsole compound - Recoil™ together with the heel insert area SoftFOAM™ that has 70% better shock absorbing properties than standard EVA. If you were to choose only one trail shoe – Trail6 is it!

Toe Box
The toe box is more roomy in order to provide a possibility for the fore foot to expand properly in the landing phase, making it more effective in a biomechanic perspective.

TGS 62/75°
The distance from heel to the ball of foot (62% of the shoe) has been designed with extra stability, which ends in the so-called “ballet” line, a 75° angle. In front of the 75° line, we have equipped the shoe with greater flexibility to stimulate the foot’s natural movements. The TGS 62/75° feature assures that the shoe bends in exactly the right places, stimulating the foot’s natural lateral and forward movements.

2 Layer Construction
Salmings lightest shoes feature a 2 layer upper construction which adds durable abilities while keeping the weight at a minimum. This results in extremely breathable characteristics and a quick, responsive feel to running experience.

RECOIL Midsole
The material in the midsole is a newly developed compound named RECOIL which absorbs negative impact forces and releases a higher rebound energy effect in the toe off phase.

RocShield
An area covering the lower part of the shoe upper protecting it from sharp rocks and branches thus both increasing the durability of the shoe and adds confidence to the runner.